(Summary description)With the arrival of summer, beer consumption has entered the season. Consumers will find that this year in many large supermarkets

(Summary description)With the arrival of summer, beer consumption has entered the season. Consumers will find that this year in many large supermarkets

Information
With the arrival of summer, beer consumption has entered the season. Consumers will find that this year in many large supermarkets, placed in the most prominent position focused on the show is the basic foreign beer. According to the relevant data show that the market share of imported beer has quietly more than 15%, far more than domestic sales of beer, which beer industry in China formed a serious impact. How to deal with the challenges of imported beer, the local beer industry has become a huge problem.
Foreign beer for many years to achieve growth
Into May, the temperature is getting higher and higher, beer consumption has entered a small climax. Many consumers in the supermarket to buy beer found that different brands of foreign beer occupied the most prominent position in the wine area.
The author of the East Third Ring Road outside the century Lianhua Supermarket to see, where dozens of imported beer, including France's Heineken, the United Kingdom of Burleigh, Spitfurter and Germany's Edelburgh, Valentine beer. These foreign beer is generally packaged exquisite, the price is much higher than the domestic beer. To canned, for example, the basic price of canned foreign beer between 6 to 28.9 yuan, 500ml packaging price of more than 10 yuan to 20 yuan. If it is more well-known brands such as the German Karl Berry 500ml price to 18 yuan, Belgium Fujia white beer 300ml price of 8.25 yuan. In this way, in the super-channel, the import price of beer is usually more expensive than domestic beer more than 30%, and some even more than doubled, such as the same 330 ml vial of beer, Tsingtao Brewery sell 4.2 yuan, Heineken will sell 9 yuan. In addition, the market there are some larger capacity of 5 liters of bottled beer, mostly in Germany, the price is higher than the domestic beer 3 times to 5 times.
The price is high, the public did not because of high prices on foreign beer prohibitive. "A few years ago, Beijing imported beer is mainly distributed in the night bars and large supermarkets, and now the pattern has changed, has been fully distributed to all day-to-day retail terminal. Basically, any time now in Beijing, a retail point, you can buy imported beer "Engaged in liquor trade for many years businessman Guo Jingli told the author, in the zero tariff, free trade area effect and other factors under the common action of foreign beer gradually open the Beijing market. Especially in this year, the import of beer has a rapid growth. Data show that in 2008, China imported beer 2.81 million liters, the total amount of 37.12 million US dollars; by 2015, China imported 53.83 million liters of beer, the total amount of 575 million US dollars. Since 2012, imports of beer for four consecutive years of substantial growth, four-year cumulative increase of 737.2%. At present, there are nearly 100 foreign beer brands on the market in Beijing, mainly from Europe, such as Germany, France, Belgium and so on.
Domestic beer market is still dominant
According to the National Bureau of Statistics data show that China's beer market in 2015 by the economic slowdown, the overall consumption environment downturn and other factors, the output relative to previous years has been reduced. January-December 2015, the national total output of 47,157,200 kiloliters of beer, down 5.06%, 2.5171 million liters of production.
At present, the domestic beer giant's annual report in 2015 have been released. Among them, many domestic beer brand sales do not appear different degrees of decline. Only a few of the sales growth.
China's beer industry downturn for two reasons, first, at this stage of China's beer product structure is too single and beer consumption tends to saturation is still the main reason. Second, structural changes in the beer consumption market is external, mainly in the differentiation and diversification of consumer demand growth, so that consumption of beer products reduce viscosity, such as the import of beer, substantial growth, pre-bartending and low- Consumer cross-border effects and so on.
However, even so, the status of domestic beer in the market is still difficult to shake the import of beer.
Information from the automation and control system manufacturers Yangzhou Li Ding System Engineering Company Limited

Scan the QR code to read on your phone 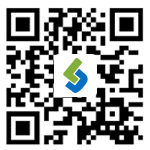